[ALL] Added options for players with color vision deficiencies – COLOR ASSIST TYPE A, B, and C. These can be found in OPTIONS > GAMEPLAY > TETRIMINO COLORS. These new options add patterns to the MagicMinos in CONNECTED/CONNECTED VS, and to TRADITIONAL Tetriminos to make them easier to identify. 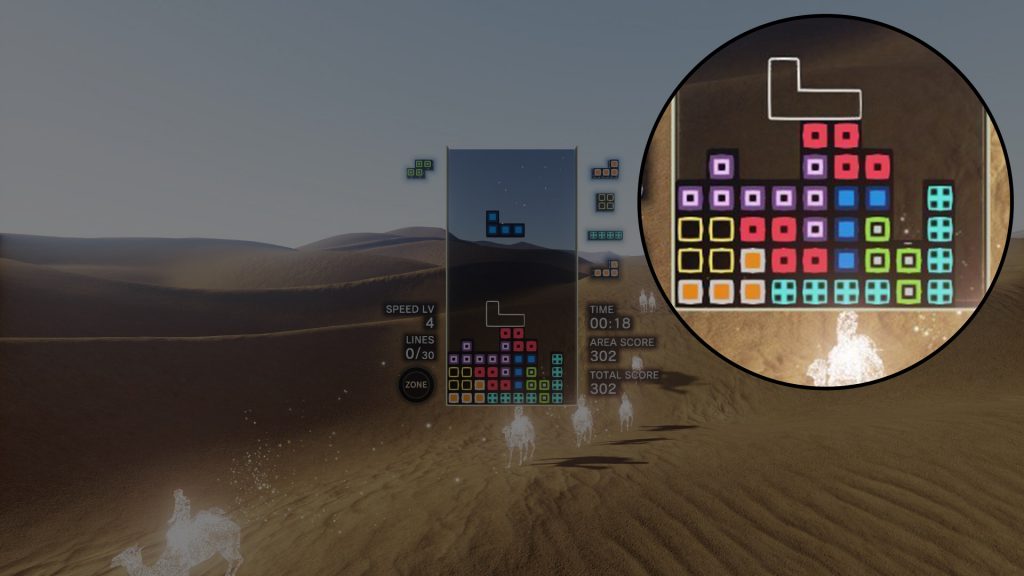 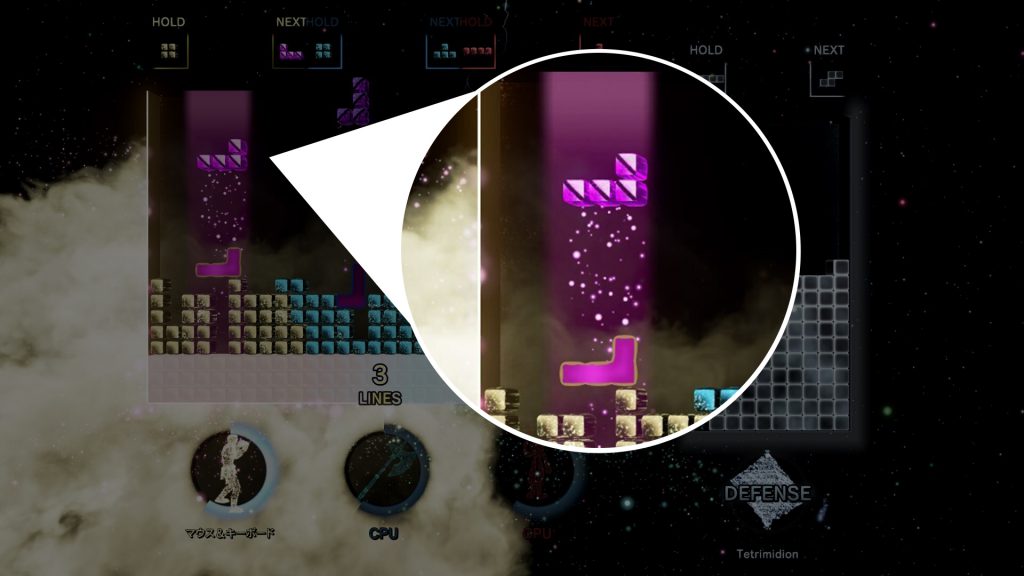 [ALL] Changed the default NEXT QUEUE display to 4 instead of 1.

[ALL] The word TAP is now displayed when reviving in CONNECTED and CONNECTED VS if you fail to TAP 3 times consecutively.

[XBOX] Optimized certain visual effects in MULTIPLAYER to prevent crashes that may occur when there is a heavy graphic load.

[XBOX] Fixed an issue where switching Xbox accounts during a game could cause a crash in MULTIPLAYER > RANKED MATCH.

[PS4] Fixed an issue in ZONE BATTLE where, in rare cases, the game could crash during ZONE.

[ALL] Fixed an issue in ZONE BATTLE where, in rare cases, Tetriminos would not appear and the game would not progress during the second match when a player had a poor network connection.

[SWITCH] Removed a system message prompting you to connect to the Internet when launching the game without a network connection.

[ALL] Changed the default cursor position in CONNECTED to your highest-cleared Area.

[ALL] Changed the default cursor position in CONNECTED VS lobbies to BOSS instead of READY.

Other minor adjustments and bug fixes.

[PS4/PS5, XBOX] Leaving the game in the multiplayer menu when suspending / putting your system into sleep or rest mode can (if or when your network connection is interrupted at any point) return a network error when trying to access Rankings or matchmaking in Ranked Matches. Please restart the game to fix this.

[QUEST] Oculus Quest has implemented a new cloud backup system that is currently only available to users with OS version V35 or later.  Please note that this cloud backup is a different system from the previous cloud save and backup occurs only once a day at a set time.

There is a risk that your progress may be lost when uninstalling if the data is not backed up correctly so we recommend you check below to see if the back up data exists before uninstalling the game.
https://secure.oculus.com/my/cloud-backup/

[WINDOWS PC] A cloud save dialogue window can appear “under” the game when launching on some PC configurations, effectively stopping the game from starting. If you experience this issue, please go to Startup > Right-click on Tetris Effect Connected > More > Run As Administrator, and the cloud save dialog window should appear on top of the game.

Found a bug? Please report it to us on Zendesk.