With synesthetic expression at its core, Hydelic are constantly exploring ways to create memorable musical/sound experiences with a whole new dimension, through the artful marriage of sound, visuals, and bodily sensation.

In Tetris Effect, the in-game soundtrack is essentially composed in real time based on the user’s actions. The mixes in the original soundtrack were thoughtfully crafted by Hydelic, sequenced and composed (almost entirely separately from the game) as full tracks to be played on their own.

Their debut work for Rez Infinite (Area X) was nominated for a BAFTA award in Audio Achievement, and landed a Best Music/Sound Design nomination from The Game Awards for their first-ever release. Tetris® Effect is the culmination of their musical work up to now.

The digital soundtrack includes 40 songs, including the fan favorite “Connected (Yours Forever)” featuring Kate Brady. Check out the music video below, as well as videos for City Lights and World of Colors on YouTube.

In addition to official Bandcamp and YouTube pages, the album will also be available on major streaming platforms including Spotify, Apple Music, Google Play Music and more.

Visit our page to show Hydelic your support and let them know how you’ve connected with the music. Stream all 40 songs or purchase the full album for $10 USD. 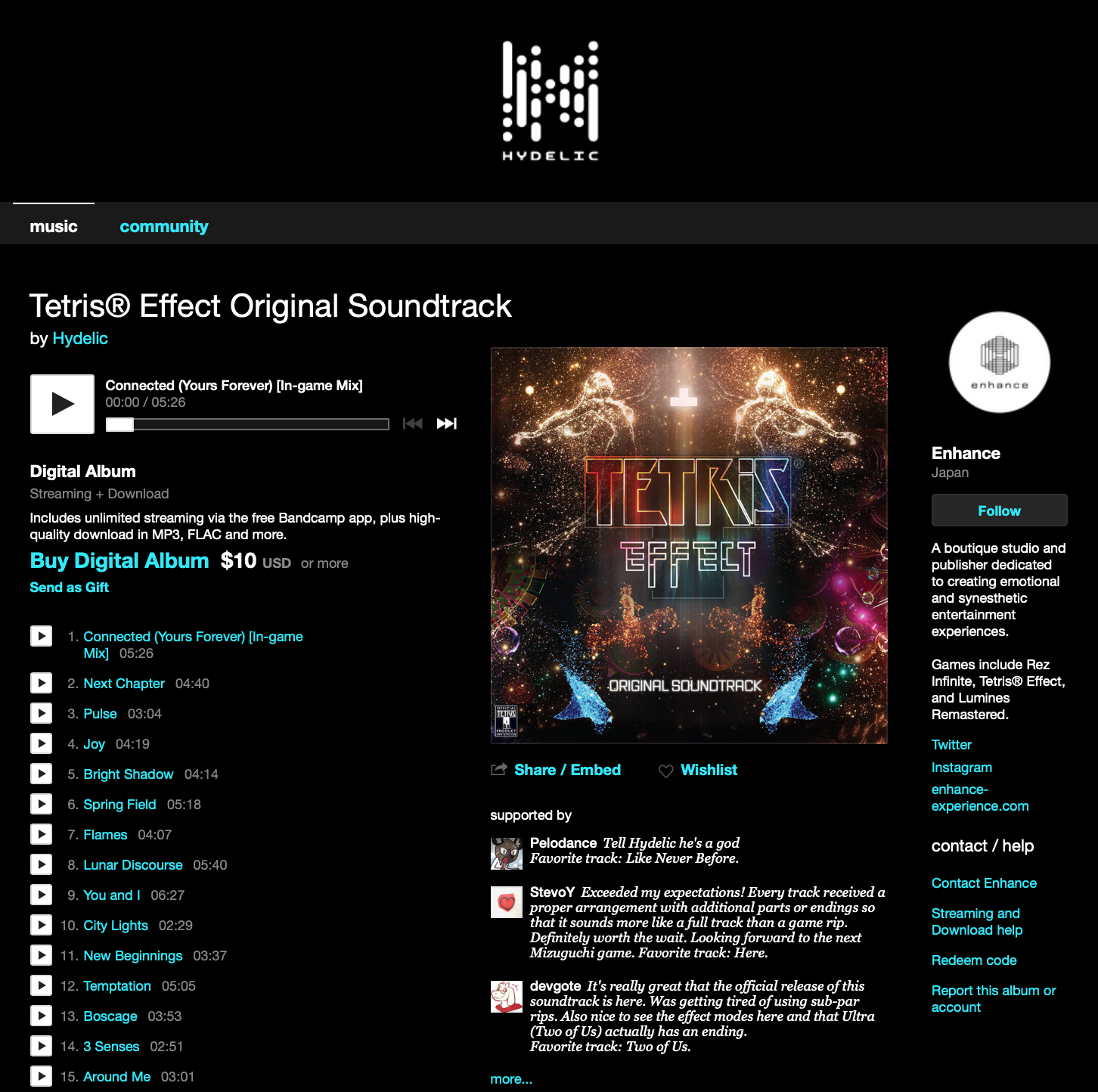