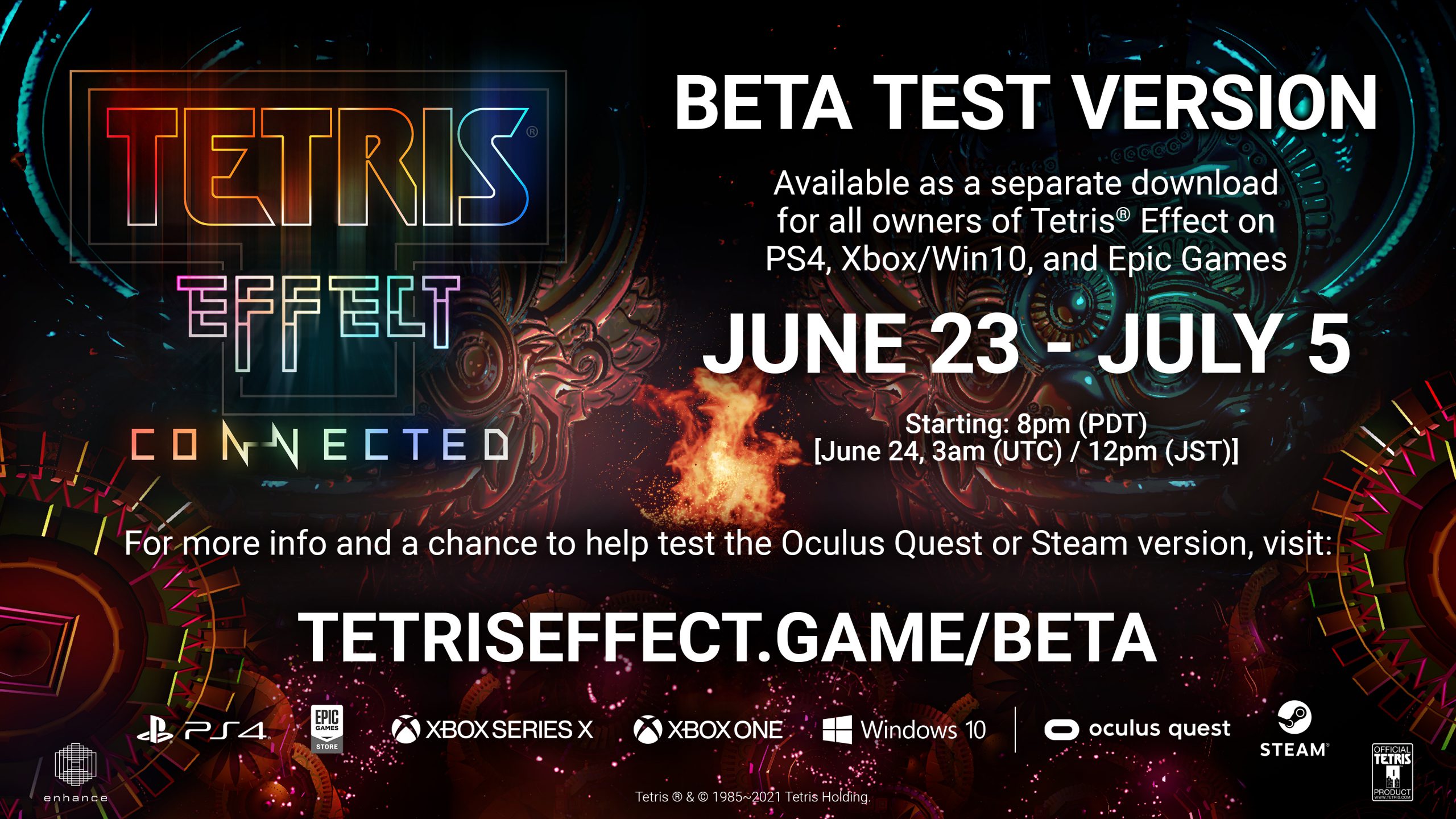 Thanks for your interest in the Tetris Effect: Connected Closed Beta!

The Closed Beta sign up period for has ended due to the overwhelming response. The Owner’s Beta starts next week on the 23rd, stay tuned here for more information about how to join!

Participation Requirements
All current owners of Tetris Effect on PS4, Epic Games and Xbox/Win 10 PC are eligible to participate.
Xbox Live and PlayStation+ memberships are required (sold separately) to play online on Xbox consoles and PS4.

How to access it on each platform
(Scroll down to the HOW TO JOIN ON EACH PLATFORM section below.)

Discord Beta Channels
Join the Enhance Discord to chat with other participants of the Beta and agree to the rules in #beta-info in order to begin discussion in the Beta channels.

Terms and Conditions
Before joining the Beta, please read and agree to the EULA that appears at the title screen.

How can I join the Steam or Oculus Quest Beta?
We will be sending invites or keys via email to people who signed up via the Beta Sign Up form. Space is limited so a spot is not guaranteed.

Where/when can I talk about what’s included in the Beta?
Testers will be permitted to stream all Beta content beginning June 23, 8pm PDT on Twitch, YouTube, etc. or freely talk about it on the internet.

Will participating grant me the game for free?
No, the Beta will disappear after the testing period is over.

How can I submit Beta-related issues or bug reports?
Submit any reports through our Beta ticket form.

HOW TO JOIN ON EACH PLATFORM

WHAT’S NEW IN THE BETA

Please note that this Beta is not indicative of the final product and may experience bugs and issues while testing. Refer to the patch notes and known issues below.

brought to you by